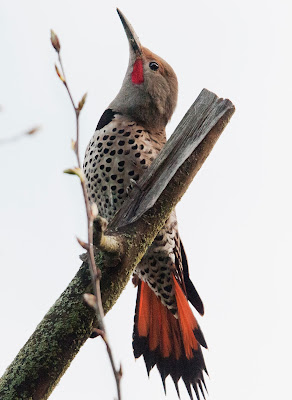 Unexpected servings of sunlight this morning revealed a Northern Flicker pair in full-on mating display at the Montlake Fill. The male drilled at the snag, fanned out his salmon-bright tail, then the female answered with her own fan display. 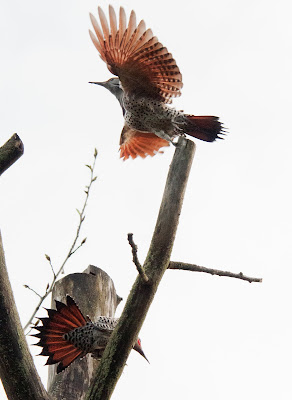 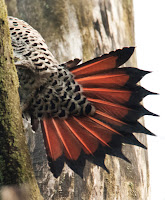 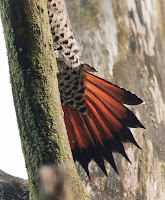 He threw back his head a number of times, exposing his spotted breast. They would then switch positions--she'd be higher up for a bit, then he'd ascend to show off again from a higher branch. This duet of contortions and acrobatics lasted at least ten minutes; the mating imperatives made them indifferent to me. 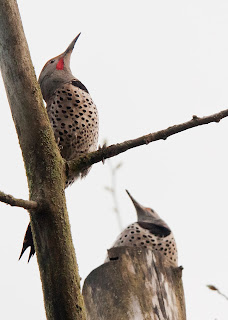 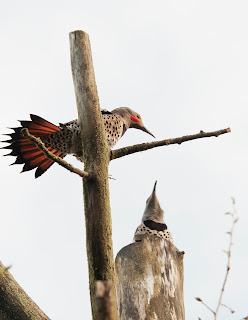 About thirty minutes later, they landed on a nearby parking lot light structure; the male began rat-a-tat-tatting on the lamp. A male interloper joined them for a few seconds, and then was off to the south, probably in search of a solitary female.
Posted by Clare McLean at 5:31 PM