Farmers, photographers and birders. If you want an accurate weather forecast, rely on 'em.

Outdoor photographers must be exquisitely attuned to climatalogical and lighting conditions. To employ technical language: if the light sucks, the photos will be subpar. 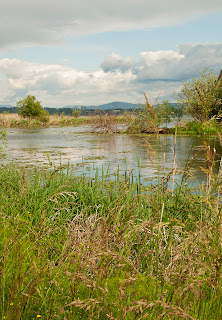 Yesterday as I set out on my bike to bird the Montlake Fill, grey-black clouds hovered right over my destination on what was an otherwise glorious late spring day. Based upon decades of dependence on natural light as both a photographer and birder, I wagered that the fast-moving clouds would be gone by the time I arrived. Or, I gambled, a mini-storm could be to my advantage as it would create dramatic lighting and cause some interesting effects on bird activity. 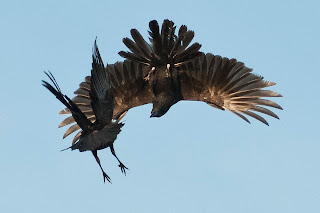 Upon arrival, it was extremely windy and branches were down, the water and greenery were effervescent, and a mere three raindrops fell on me. My bet paid off: the birds, as a result of the dramatic winds, were particularly exercized, especially the crows and red-wing blackbirds, who are already excitable, territorial and bossy due to mating/nesting imperatives. 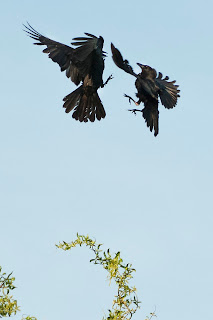 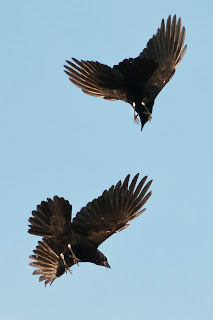 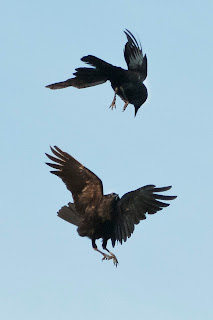 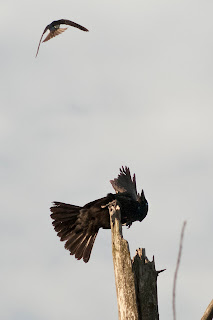 On a less contentious note, an exuberantly bathing gadwall sprayed a coot and a couple of mallards. Not sure if the mallard is appreciative or annoyed. 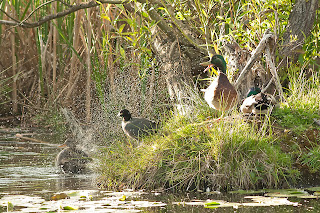