My romantic life has been so barren of late that I have had more luck finding birds in courtship/mating mode than in engaging in such behavior myself.

Friday was a bonanza for observing mating rituals--spring is stirring and I was in prime raptor habitat: the Cle Elum to Thorp area, where coniferous mountains give way to rolling shrub-steppe and flat agricultural land.

I arrived at the Cle Elum River around 7:30. Within minutes, raptor-ish squawking  was overhead: a mature eagle (meaning it sported a fully white head and tail) heading toward the river. Then another.


They were flying very close together--a mated pair. After zooming over the water, one landed atop a snag and the other soon made purchase on her back. For bird sex, it was long-playing—29 seconds, according to my camera's metadata. Like males of many species, among them homo sapiens, he threw back his head, proclaiming pleasure and conquest, both during and after copulation.

From a distance, their bodies merged, becoming a beast with two backs--plus four wings. Below is the sequence: 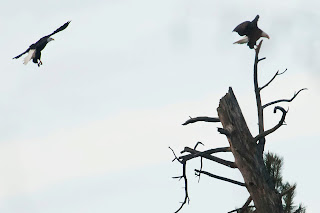 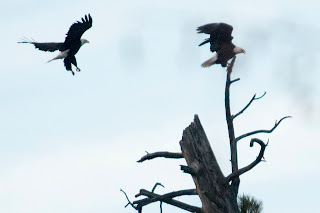 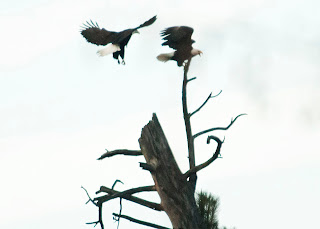 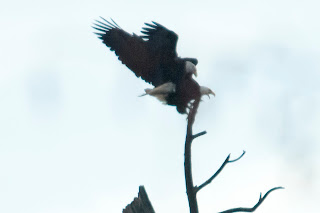 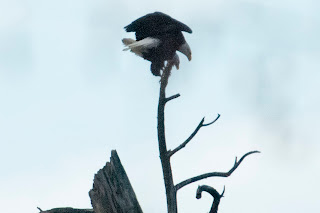 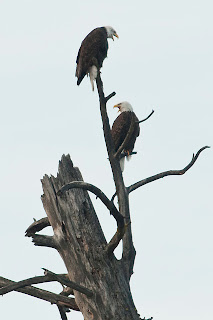 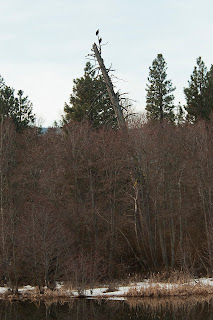