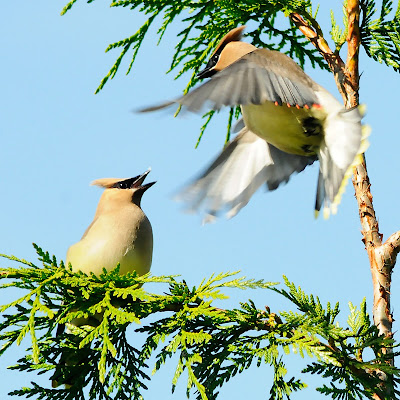 The cedar waxwings at the Kent Ponds today were out in full force, both in numbers and in attitude. Lots of jockeying for position--as many as four to six crammed on a branch, one inevitably bickering at and jostling the others.

In fact, I had a brief, much-coveted sighting of a male lazuli bunting, but it too was displaced by a waxwing who apparently had nothing better to do than muscle his or her way onto the branch, although there were literally acres of unpopulated branches available. Anthropomorphizing aside, this is presumably keyed-up territorialism due to mating season. 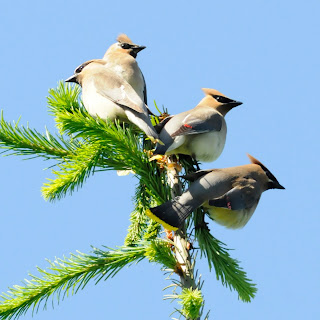 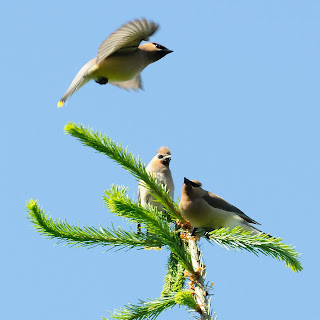